The world of promotional tie-ups can be counter-intuitive. Just look at Lego. There was a time when the Danish toy brand sold sets of building blocks. Simple. These days its kits feature characters and creations from Star Wars, Harry Potter, Marvel, Minecraft and even car maker Bugatti. The brand has also branched out into movies, in which animated Lego figures star alongside other major pop-culture brands like Batman in a Lego world. It gets weirder. In this year’s Lego Movie 2, the Lego Batman shares screen time with… Banarnar, a Lego banana character owned by Chiquita, the Swiss banana brand.

This latter bit of casting makes more sense on the shelves than the screen. Ahead of the launch, Chiquita ran a campaign in which the movie’s characters appeared on tiny blue labels stuck to 300 million of its bananas. Special codes printed on the stickers gave fans of the movie a chance to play online games and win related prizes.

Chiquita and Lego were of course not the first brands to realize how lucrative movie tie-ups could be. Ahead of Disney Pixar’s Monsters University movie launch in 2013, for example, the furry faces of characters Mike and Sulley were suddenly everywhere, helping to sell everything from Kinder Eggs and Nestle Juicy Juice drinks, to Huggies diapers and Adidas sneakers. 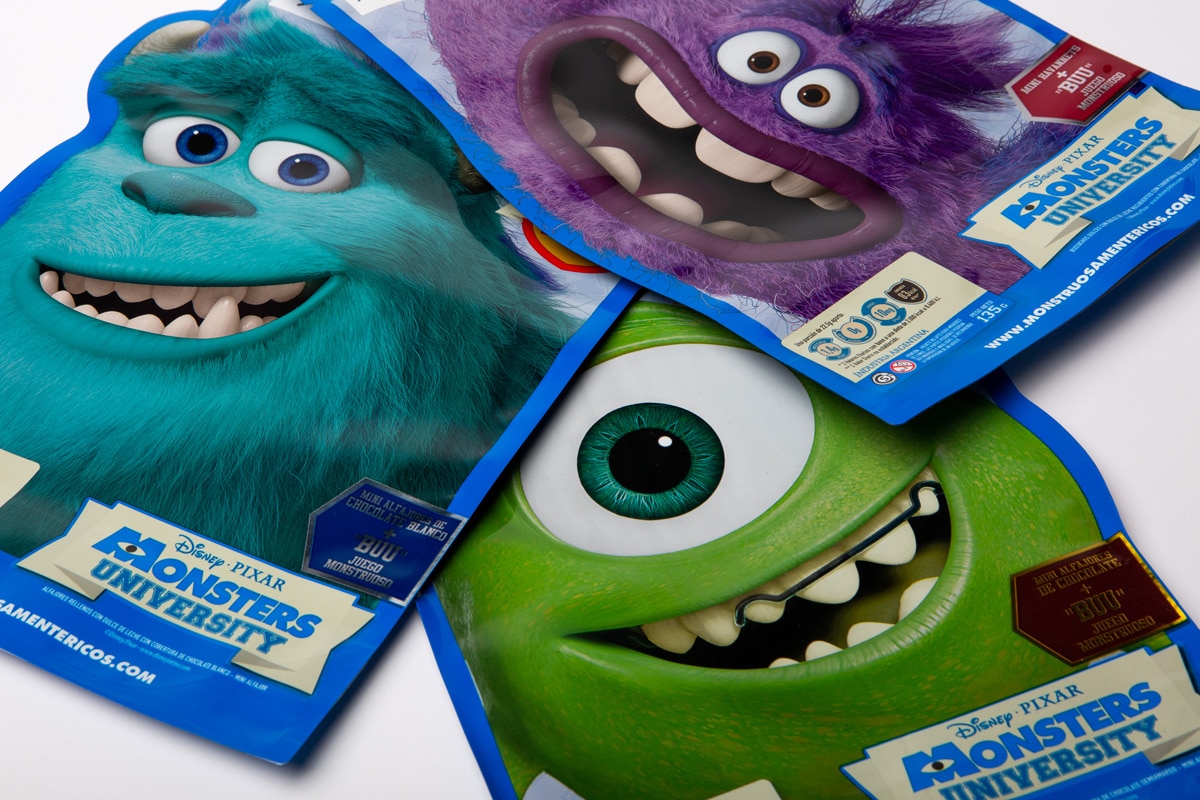 And it’s not just movies that inspire the limited edition promotional treatment. These days barely a week passes without another calendar date for brands to hang their limited edition hat on. Ahead of this year’s Superbowl, for example, Pepsi released a run of promotional cans that not only looked like American footballs, but were printed with the same pimpled texture too. Meanwhile, FMCG companies will also use limited edition packaging to boost the shelf presence of new niche brands. When PepsiCo launched its bottled water brand LIFEWTR in 2017, for example, its limited edition flexo-printed labels featured colorful, cutting-edge work from up-and-coming artists. The company, which planned to release new label art every few months, acknowledged at the time that “the biggest equity of this brand is the label”.

Sanjay Patel, the head of Packaging Collective, a UK-based industry body, has spent 27 years working with some of the world’s biggest brands, including 14 years at Coca-Cola. For him, all this promotional activity can be boiled down to one word: relevance. Consumers tend to decide what to buy in a matter of seconds, and often know what they want to buy before they do so. An eye-catching, innovative, relevant promotion can be just the tool to disrupt that habitual thinking.

“The relevance gives customers a reason to choose that brand over the competition because it’s more tuned into the things that are important to them, today or in the moment,” says Sanjay. “But relevance sometimes comes with the halo effect of associating with another brand too, leveraging the authority that brand has in a particular area you want to play in. In a joint venture like that, two plus two can equal seven or eight.”

The benefit of that math will also pass along the supply chain. Monsters University wound up taking $54.5 million in 35 markets on its opening weekend, its blockbuster impact spreading far beyond Disney’s pockets. In Argentina, where the film took a record-breaking $5.49 million in that first weekend, FMCG brand Havanna was set to produce a limited edition run of Monsters Universities chocolates. But it was given a scare when its printer proved unable to deliver the eye-catching quality the job needed. The work soon landed at the door of Bolsapel, a 250-strong Buenos Aires company with a long history in flexible packaging. Undeterred by the imminent deadline, the company proposed a radical idea: a shaped doypack, the first of its kind in the country. Designs were adapted to the shape of the packaging and the resulting package looked as good as if it was printed gravure, but delivered faster and at lower cost – all printed using KODAK FLEXCEL NX Plates. Havanna was so impressed that it placed all subsequent orders for the product with Bolsapel. And Bosapel won a Global Flexo Innovation Award for its work.

A place to experiment

Bolsapel’s success highlights a secondary factor that drives brands to get involved with promotions: it offers the chance to experiment, with everything from eye-catching printing techniques, inks and formats to interactivity.

In 2015, Coke ran an interactive ‘Chill it & Win it’ campaign, a promotion that used thermochromic ink on cans and bottles. If the temperature of the drink hit four degrees, the inks changed color. The customer could scan the label with an app, and if it was the right color they were entered into a prize draw for daily prizes.

“The best promotions link intrinsically back to your product, so you don’t have to burn marketing budget explaining why you’re doing something; people just get it.”

In the mobile age, such an interactive element can be a powerful way to lead customers deeper into the brand’s story, whether that’s to a website or social media (or, as we’ll increasingly see, augmented reality). As such, packaging promos are becoming an increasingly compelling use of marketing budget. But critically for Sanjay, who ran the project, the technical tricks that drove the Coke promo were also doing something very concrete for the brand too.

“At that point people loved the brand but weren’t necessarily buying the product,” says Sanjay. “This activation was a way to get people to remember what a cold Coke tastes like. The best promotions link intrinsically back to your product, so you don’t have to burn marketing budget explaining why you’re doing something; people just get it.”

Everyone needs to stand out

But it’s not just global behemoth brands like Coke, Pepsi and Disney who are pushing promotions. These days, flexo is helping brands of all sizes use limited runs to stand out on the shelf.

On a recent trip to the US, Stefano d’Andrea, flexographic process trainer and consultant and technical expert for the European Flexographic Technical Association, saw how aluminum cans have become viable as promotional items. “Normally cans are printed directly, using rotary indirect letterpress, and that typically involves huge print runs,” says Stefano. “But on this trip I saw one example where the can was sleeved, with a shrink sleeve that was printed using flexo, and another where the can was covered with an adhesive label, which was printed using flexo too. This means brands can now produce cans in smaller runs, which allows a product like a craft beer can to be used as a short-run promotional piece.”

“Brands can now produce cans in smaller runs, which allows a product like a beer can to be used as a short-run promotional piece.”

Flexo can also deliver other more eye-catching effects. It can embed hidden images within the print, using refractive surfaces to produce a 3D hologram or animation effect when the packaging is moved. In 2018, Imageworx used KODAK FLEXCEL NX technology to develop a 3D and optical illusion prepress solution technology that enabled the creation of animated effects. Its first live usage was for the US Postal Service, which released a limited edition set of stamps called Art of Magic, featuring an animated rabbit coming out of a hat. 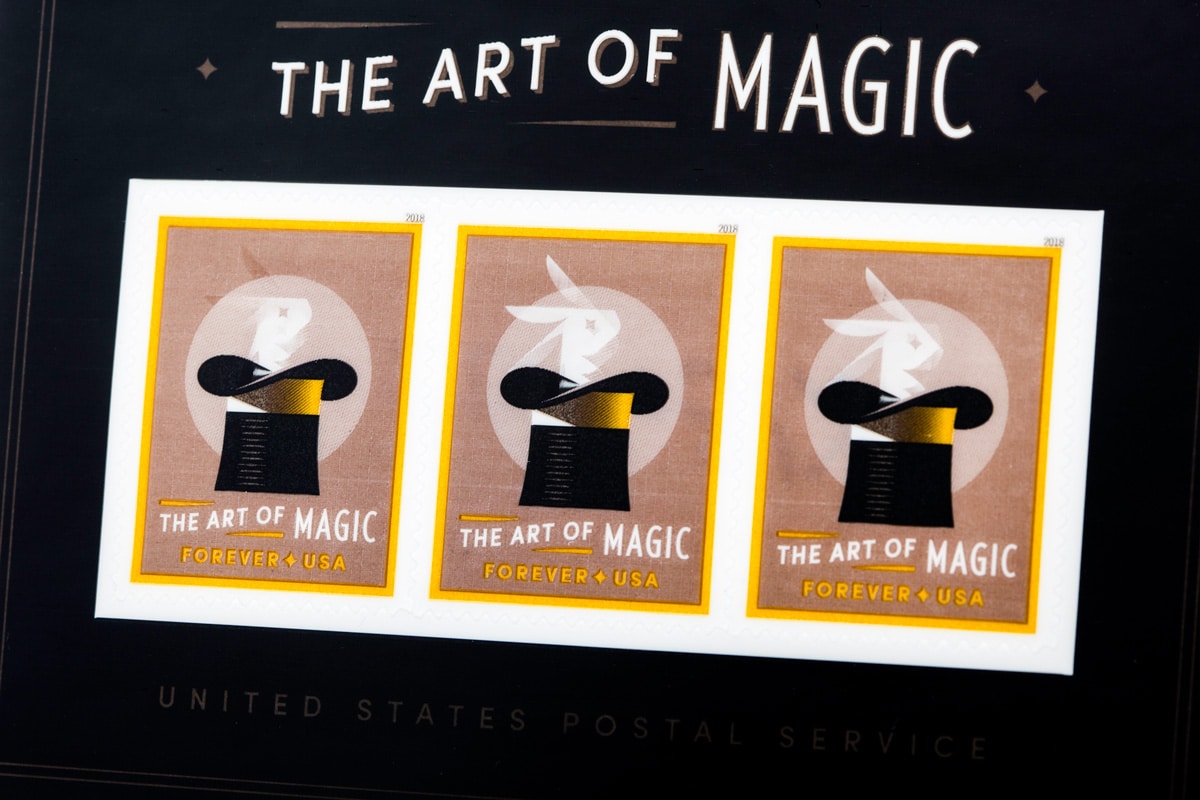 All this added limited run promotional work means one thing for printers: more shorter runs. In order to keep the shelves fresh, designs are being changed much more frequently than ever before. According to Dr. John Anderson, director of advanced packaging solutions at Miraclon, at the time of the KODAK FLEXCEL NX System launch in 2008, brands looked at changing packaging around every 25 weeks or so. In some cases that’s now down to every six to eight weeks.

According to William Roberts, MD of UK-based packaging printer Roberts Mart and Global Innovation Award winner (link to flexoawards page), the lifetime of a plate in most cases these days is no more than a year. He cites ease, speed and low cost of setting up and changing plates as a key reason he’s using flexo. “Plates can be made in 24 hours or less, mounted in an hour and straight on the press,” he says. “With a gravure cylinder it might be a week to get it turned around.”

Indeed, the more rapid turnover associated with promotional print is leading to major shifts in how printers run their jobs. “We hear of companies now doing 20 or 50, or even more job changes per shift,” says Stefano. “That’s unbelievable. These numbers will make some printers go crazy about the extra time it takes.” But, says Stefano, there is a way to save their sanity. He points out that most problems printers report relate to stopping the press because of an issue with the colors. This becomes even more disruptive in short-run, high-pressure promotional work. “As promotions tend to be short runs, they benefit greatly from very well calibrated and known printing conditions with fixed colors palette,” he says. “They require predictability above all else.”

“At the time of the KODAK FLEXCEL NX System launch in 2008, brands looked at changing packaging around every 25 weeks or so. In some cases that’s now down to every six to eight weeks.”

Historically, such predictability was the hallmark of gravure. But gravure cylinders are complex, time-consuming and expensive to produce. Smaller brands may feel they have to print the same design for two or three years to justify the cost. Flexo plates can be made in 24 hours or less, and mounted on the press in an hour. With the increase in number of flexo jobs that now run process colors, and the growing adoption of Extended Color Gamut, flexo has evolved to become as stable and consistent as gravure. “Flexo allows printers to print a standard run or two and then change the plates to do a promotional run,” says Dr. John.

From the printer’s perspective, promotional print is essentially the same as any regular print job, with one key difference: everything is amplified. The quality needs to be the highest, the effects the most eye-catching, and turnaround times can become even more critical than ever. A World Cup won’t be delayed because a printer hasn’t finished its print run.

Mike Adams, operations director at InterFlex in Sunderland, UK, is now anticipating several promotional lines around next year’s Olympics from several of his key clients. And he’s all too aware of what this means for his workload. “With promotions, everything is close to the wire,” he says. “There’s less time to get the designs to plate; less time for us to manufacture; and there’s always tight deadlines. The print has to work, and it has to work first time, each and every time.”

But Mike knows that he’s running technology that’s designed to thrive in the conditions that promotional work creates. His team faced similarly tight deadlines in 2016, when tasked with printing a party dress promo for Muller yoghurts. Using KODAK FLEXCEL NX technology, supplied by Reproflex3, Interflex not only stepped up to that task, but printed the range of contrast needed to create eye-catching definition even in yoghurt, a famously flat and undefined product. The resulting image leapt from the pack, and InterFlex won gold for Flexo Print on Film Wide Web at EFIA and in the same category at the FTA Diamond awards in Dusseldorf.

Promotional print may present its challenges, but a properly managed limited edition run is not merely a chance for brands to promote their latest property. Looking at the vast range of successful, innovative, award-winning promotional partnerships being powered by flexo, it’s clearly a chance for printers to push their own story of innovation, quality and on-going excellence into the spotlight too.

Find out more about what flexo is doing globally right now and how brands’ needs fit in the mix, as we condense the industry reports that matter into one set of 36 key facts. Download our Global View of Flexo slideshow.