KODAK FLEXCEL NX Plate technology has developed into a major growth driver for Repro Busek Druckvorstufentechnik GmbH & Co KG of Vienna, which took its first active steps in mid-2011 with a KODAK FLEXCEL NX Mid System. Established in 1969, the company became a Matthews International / Schawk Group company in the year 2000 and can meanwhile look back on a long tradition as a technology leader in the Austrian packaging prepress market.

Whereas initially, nearly all of its customers were printers, Repro Busek currently generates significantly more than half of its total sales with local and international brand owners and retail chains. With its broad portfolio, this prepress service provider supports all standard packaging printing processes with an array of competencies including artwork production, virtual and real dummy packages and – to a lesser extent – design development. Last but not least, Repro Busek carries out print matching on behalf of customers across Europe.

“Our clients were immediately convinced by the Kodak plates. We really took off in the market when we were able to begin making them ourselves.”

From the outset, it was clear that that FLEXCEL NX Plates would mean an enormous leap forward for printers in terms of quality, stability and the ability to produce finer halftones. Repro Busek had already been making FLEXCEL NX Plates for customer jobs commissioned by its sister company Schawk Munich (Reproservice Eurodigital GmbH) for some months before the FLEXCEL NX Mid System was installed in Vienna. “Our clients were immediately convinced by the Kodak plates. We really took off in the market when we were able to begin making them ourselves,” reports Gyula Marlok, Managing Director of Repro Busek and Schawk Hungary Kft. in Budapest. “FLEXCEL NX Plate technology was the starting point for an amazing success story. For instance, thanks to the excellent ink transfer, we managed to eliminate the second black plates during a comprehensive relaunch for a premier brand owner and change a complete business segment over to Kodak. We’ve also scored several successes migrating gravure jobs to flexo with the FLEXCEL NX Plates.”

The release of the softer FLEXCEL NXC Plate for corrugated printing in 2014 was an important milestone. The appearance of this new plate in the market enabled Repro Busek to unlock upsell potential for flexo printing. Marlok: “Although we’d conducted direct printing trials on corrugated material using the thickest FLEXCEL NXH Plate type in the past, we’d clearly come up against our limits. When the FLEXCEL NXC Plate came along, which Kodak had developed specifically for printing on corrugated, we committed ourselves all out and won numerous orders that were previously only possible in offset preprint.”

“Since switching to KODAK FLEXCEL SOLUTIONS, we can safely assume that we’ll achieve the same high quality every time, no matter how many reprints we produce.”

Midway through 2015, Repro Busek’s plate production was moved to Schawk Hungary, which today employs 25 people, and a KODAK FLEXCEL NX Wide 5080 System went into operation there. The system makes FLEXCEL NX Plates up to 1270 x 2032 mm in size for customers of both firms in Austria and Hungary. Owing to its high stability and reproducibility, FLEXCEL NX Plate technology acts as a high-performance link for international cooperation between the companies of the Schawk Group.

“Since switching to KODAK FLEXCEL SOLUTIONS, we can safely assume that we’ll achieve the same high quality every time, no matter how many reprints we produce. For instance, once we’ve made a particular plate at Schawk Munich, we can make that same plate again without any problem in Budapest,” Marlok explains. “These capabilities also allow us to leverage logistical advantages. If we want to deliver to a printer in northern Germany, say, at short notice, we can delegate the job of making the FLEXCEL NX Plates to our colleagues at Rudolf Reproflex in Goslar. That’s a huge benefit that is highly valued by our customers.” 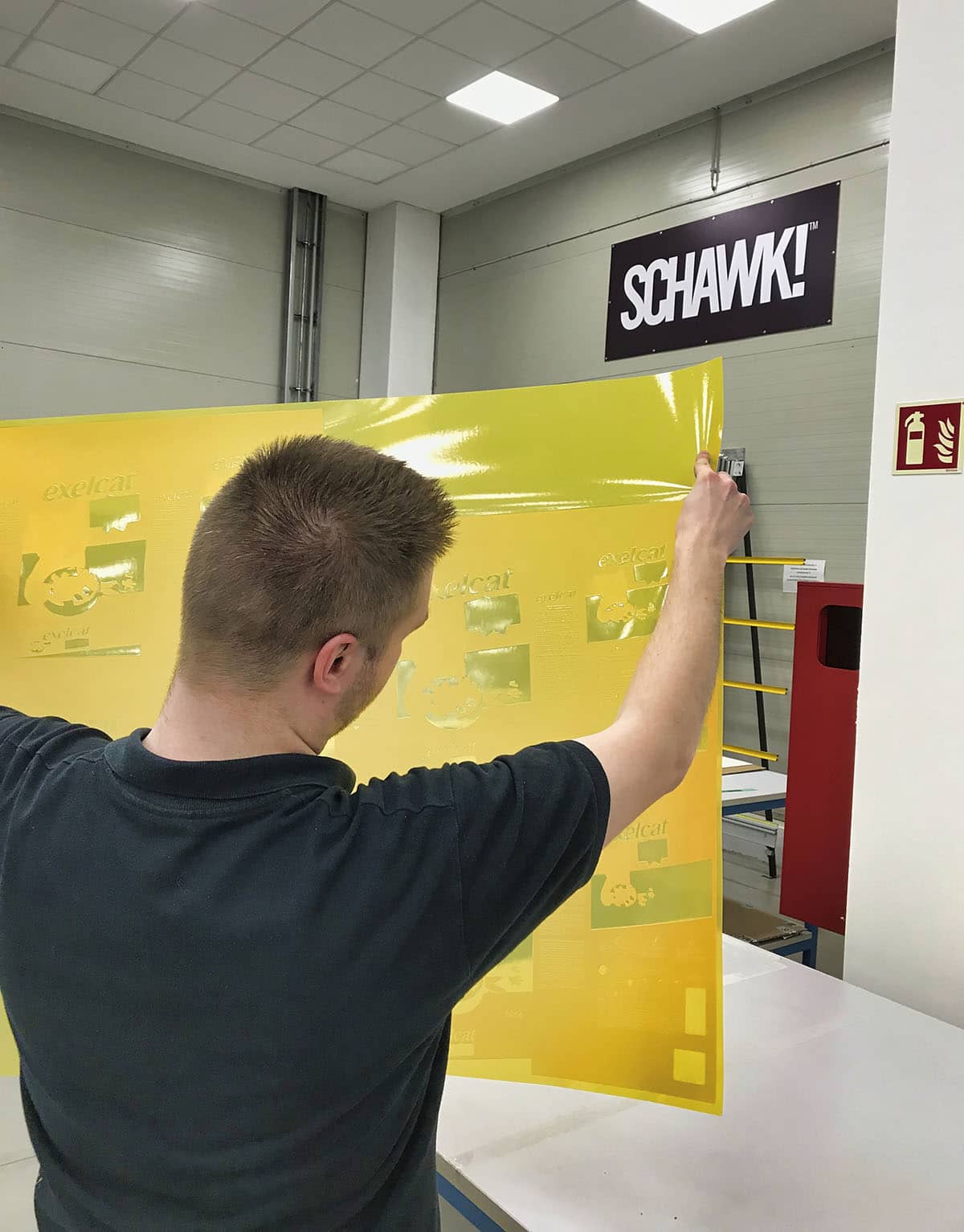 FLEXCEL NX Plate technology accounts for well over half of the total flexo plate area produced at Repro Busek and Schawk Hungary. And according to the Managing Director, this share is likely to rise even higher in the future. When asked what makes him so certain, he replies: “Several newly installed flexo presses went into operation in Hungary in November last year. These printers produce everything they possibly can on those presses with FLEXCEL NX Plates.”